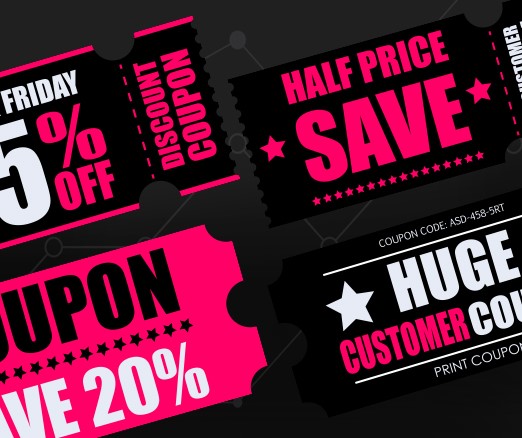 That is a mighty big lever to have to pull, especially when CPGs have found it difficult to prove the return on investment (ROI) for their trade promotions. Until now.

The State of Trade Promotions

Despite all the planning, all the forecasting, all the coordination among various business units, it’s shocking how many trade promotions don’t perform well—more than one-third. So how can CPGs gain greater visibility into the financial impact of their promotions and transform those losses into gains and true profit-makers?

Research suggests that data analytics, based on granular daily data, is the difference.

When companies effectively analyze trade promotion performance based on daily store-level and item-level data, they can correct faltering promotions in near real time and gain valuable insights to optimize planned future promotions. High-quality data that feeds AI-driven analytics can feed decision-making that drives a 2%-5% increase in revenue and a 5%-10% increase in trade spend ROI year-over-year. Without precise, timely analytics based on the most granular data, understanding trade promotion effectiveness can be a frustrating mystery of a black box, stymied by limited transparency and without the means to steer promotional efforts straight.

When using daily data, not only is ROI attainable for CPGs, but it will also help drive collaborative strategic decisions for future promotions and marketing initiatives.

Most major consulting companies make the case for implementing retail analytics software: Deloitte states, “While the pressure on CPGs is indeed increasing, we see huge untapped potential in trade promotions that create a true win-win situation for manufacturers and retailers alike. Analytics help CPGs gain new insights that make it easier to shape their offering around promotion designs that benefit both parties equally and further enhance their partnership.” With powerful analytics via daily data, consumer goods manufacturers can understand consumer behavior better and confidently direct investments towards promotions that meet consumers’ needs, rather than throwing good money after bad into marketing efforts that don’t pull their weight.

Many CPGs are already seeing that light, and others are heading in that direction. The Promotion Optimization Institute’s State of the Industry Report shows that surveyed CPG companies rank promotion planning/optimization, post event analytics, and data cleanliness/management as the first, second, and third most important improvements needed to transform trade efficiency and effectiveness. As these areas become a larger part of a more holistic approach to enterprise planning, the need for the highest-quality data will grow—as will the amount of data.

Big data that arrives as a deluge of metrics makes it difficult to determine what to track and how to track it. Before even reaching the analytics stage, consumer goods manufacturers must cleanse, harmonize, and normalize data from numerous disparate sources, including retailer point-of-sale (POS) and inventory data, internal data, and third-party data like weather, syndicated data, demographics, social media, ad spending, and more. Once that data is harmonized, it can then be run through a retail analytics software platform (and feed additional applications) where the analytics and insights can reveal what’s driving (or not driving) the trade promotion’s success, thus, allowing the CPG to make the appropriate adjustments.

Related: Why Data Harmonization is Good for Your Business.

It’s critical to measure trade promotion effectiveness with metrics like lift and total volume. But the way that consumer goods manufacturers track ROI for promotions is also important. For this KPI, companies usually review weekly numbers. In the following trade promotion scenario, you can see why weekly tracking tells only part of the story—it doesn’t explain the “why” behind the performance, let alone the “how” for future promotions:

If a CPG monitors weekly trade promotion metrics by store, they can determine that sales volume has increased 10% the first week and 15% the second week but decreased by 10% the third week. They can also see that the decrease brings their ROI down by 25%.

So, what’s causing the upshifts and downshift? Good question. Without the granularity of daily data, it’s impossible to know. Perhaps the weather one day during week three was abysmal and people didn’t make it into the store. Or maybe there was an outdoor event during week two that brought more people to that retail district. It’s all a guess at this point. Without the benefit of daily retail POS data, the manufacturer won’t be able to get to the heart of the trade promotion performance—whether it be good or bad.

Having high-quality, reliable data helps open that black box for a look inside, providing consumer goods manufacturers with an approximately 92% accuracy rate by which to make the most-informed choices. Without daily data, that number drops below 50%, which becomes a guess akin to tossing a coin—or worse. This is why so many trade promotions aren’t effective.

In the example above, if the CPG company tracks daily sales and overlays other metrics, their account team can see exactly what affected sales. Weather data will show that a major snowstorm decreased sales by 5%. The social media data will show that the arts festival positively boosted sales in that region. Causal factors like these can significantly impact lift, volume, and overall ROI, so they’re important to take into account—both for the current promotion and for planning future promotions.

Daily analytics are an important part of TPO. TPO seeks to maximize every outlay by evaluating each incremental dollar of marketing spend in the context of the question “how will this dollar provide the greatest return?” TPO using daily data is predictive, and it removes planning guesswork by harmonizing disparate data, modeling baselines, optimizing planning, and enabling post-promotion analysis. TPO via daily data provides daily tracking, and if the data doesn’t correlate exactly with the trade promotion period, TPO becomes virtually impossible.

TPO is also important for another reason, since it goes beyond increasing lift, volume, sales, and other key metrics. TPO via daily data helps build stronger relationships between account teams and retailers, both at a store level and across the chain. Armed with insights on which products, stores, geographies, and other variables are performing, marketing teams can shift trade promotion spending on underperformers to reinvest in top performers. They can also accelerate post-promotion analysis and drive deeper insights for improved future promotions. These moves benefit the manufacturer, the retailer, and the consumer, forging a stronger and more collaborative business relationship for all.

Trade promotions are tough—but they don’t need to be. With applied analytics via daily data that are timely and accurate, consumer goods manufacturers can open that black box to see what’s working or not, the “why” behind the performance, and what needs to be adjusted.

To learn more about how leveraging granular retail POS data can help identify and increase the ROI on your trade promotions, get in touch with us. 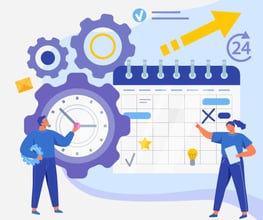 How Can I Use Daily Data if My Processes Are Based on Weekly? 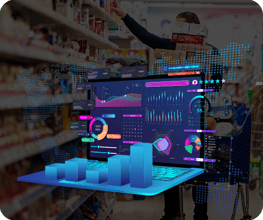 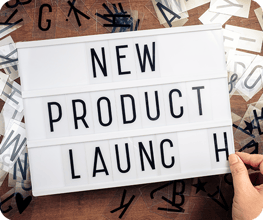